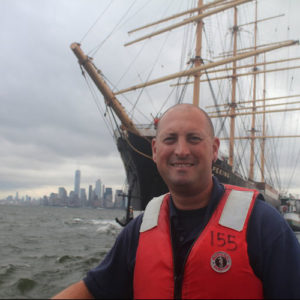 Captain Jonathan Kabak is an internationally recognized expert on maritime training and education under sail. Originally hailing from New York City, Jonathan’s maritime career began in the Sea Scouts and aboard the ships of the South Street Seaport Museum. Over the course of his career he has sailed in command of vessels ranging from landmark tall ships to high performance racing sailboats, maritime academy training vessels to luxury motor yachts. When not involved in vessel operations, he is sought after as an instructor and curriculum developer, specializing in STCW and Coast Guard approved training for commercial mariners, and as well as teaching at US and World Sailing Safety at Sea Seminars.

Prior to joining OHPRI first as a consultant and then as Chief Executive Officer in early 2019, Jonathan served in a variety of leadership roles at the United States Merchant Marine Academy Waterfront and with the USMMA Sailing Foundation.

Jonathan serves on the Board of Tall Ships America, where he is the Chairperson of the Ship Operations and Safety Committee and the Annual Conference Planning Committee. A transplant to the Ocean State, Jonathan now calls Portsmouth, RI home with his wife Jennifer and two children Olivia and Nathaniel. 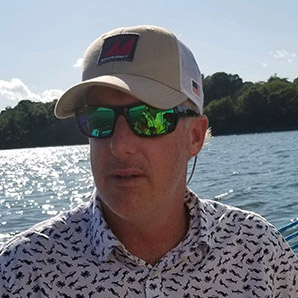 Dan is a lifelong resident of Rhode Island and began his career in marine safety inspections, sales, and training, including working with US Sailing’s Safety at Sea Seminars. As a USCG accepted marine safety instructor, he worked with various stakeholders to establish and develop the curriculum for Fishing Partnership Support Services’ safety and survival training. Dan has also worked as a marine surveyor as well as an outside sales rep for a local marine wholesale distributor, working with marinas, boatyards, and builders.

Outside of his professional career, Dan coaches local youth hockey and lacrosse. With Newport Hockey, Dan served as the Learn to Skate director, followed by the Mite Level (8 and under) director. During this time Dan helped the organization become one the first youth hockey programs in the country to adopt the American Developmental Model, which is currently being rolled out by nearly all governining body of sports in the US. Dan has served on the boards of the United States Marine Safety Association, as well as Newport County Youth Hockey and Portsmouth Youth Lacrosse.

Dan currently resides in Little Compton with his wife Teresa and their two sons.

Jen Kendrigan comes to Oliver Hazard Perry Rhode Island with a strong background in education, university recruitment, and admissions. She has previously taught at the elementary school level in Fairfax County, VA. She has also worked as a recruiter for State Street Corporation, Boston, and as Assistant Director of Admissions in undergraduate admissions at Roger Williams University in Bristol, RI. Jen holds a Bachelor of Arts in Humanities from Providence College and a Master’s in Elementary Education from Lesley University.

Jen has always loved the ocean and began sailing in 1996 as a walk-on member of the Providence College Sailing Team. For the last few seasons, she has been working in a part-time marketing and sales role at Classic Cruises of Newport, home of Schooner Madeleine and Rum Runner II. 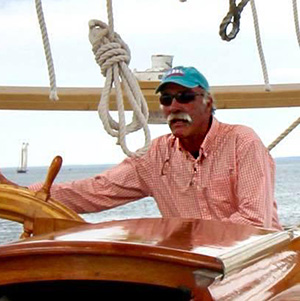 Bangor, Maine native Captain Kip Files started his sailing career at the age of 10 aboard his family's Friendship sloop. After graduating from the University of Maine at Orono in 1974, where he was captain of the varsity sailing team, he took his first traditional sailing command with the schooner Bill of Rights (Newport, RI) in 1978. He has captained numerous other sailing vessels, including two National Historic Landmark museum vessels: the 1877 barque Elissa of Galveston Historic Seaport, TX, and the 1841 Charles W. Morgan, the last wooden whaling ship in the world, owned by Mystic Seaport Museum, CT.

For 30 years, Capt. Files owned and operated the three-masted Chesapeake Ram schooner Victory Chimes, also a National Historic Landmark and the largest sailing passenger vessel in the United States. In addition to his underway experience, he also taught nautical science at Tabor Academy for 7 years and served as relief captain aboard the school's sail training vessel, Tabor Boy.

Capt. Files has served on the boards of Ocean Classroom, American Sail Training Association (now Tall Ships America) and is currently on the Board of the Ski and Snowboard Museum of Maine. When he is not sailing, he resides in Carrabassett Valley, Maine. 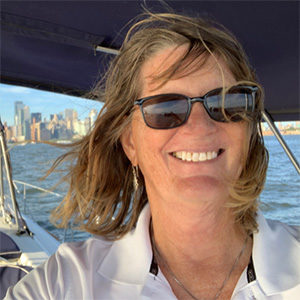 Georgia Hilton has been sailing since she was 12 and is a U.S. Navy veteran. Originally from Portland, Maine, Georgia began her maritime career by delivering yachts and charter boats along the U.S. East Coast and to and from the Bahamas. Over the course of her career, she has sailed as a senior deck officer or master of vessels ranging from small sailboats to 80 ft private yachts, and as crew on tall ships, including the Clipper City, Californian, and Manitou. While advancing her maritime career, she has also had 20+ years working in the tech field as a senior executive at Fortune 500 companies, such as Citigroup, and has run her own video production/post-production company. Georgia is also an ASA certified sailing instructor, teaching and coaching sailing and power boating. 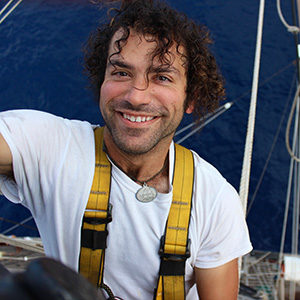 Hailing from Newark, Delaware, Geoff has been working on the water since 2013. Over the past six years, he has crewed ten tall ships in the US, Germany, and New Zealand. From his first stint as a volunteer aboard STS Spirit of New Zealand, Geoff has progressed through the deck department while working up to leading navigational watches. After crossing the Atlantic as a volunteer merchant mariner aboard U.S. Coast Guard Cutter Eagle, he spent the latter half of 2019 as Chief Mate aboard schooners in New England and in the Caribbean. At OHPRI, Geoff is charged with overseeing the maintenance and operation of the ship's rig. He is currently working on expanding the scope of his licenses. 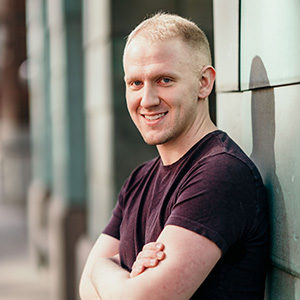 Alexander Miller is from Denver, Colorado. He graduated from the US Merchant Marine Academy in 2015 with a BS in Marine Engineering. He was active in USMMA's Waterfront, and was appointed Regimental Chief Engineer of the Kings Pointer his senior year. Immediately after graduation, his first job was Assistant Engineer on the Kings Pointer for the class of 2020's indoctrination summer. Alexander has worked as an engineering officer and Electronics Officer aboard the U.S. Navy's Military Sealift Command on Bob Hope class LMSRs (Large, Medium-Speed, Roll-on/Roll-off Ships) for the past five years, supporting various Naval missions and operations.

A native of central Pennsylvania, Jackson has been with the Oliver Hazard Perry since June 2019, first as a deckhand and then assistant engineer. Before coming to OHPRI, he worked as part of the maintenance crew of the Draken Harald Hårfagre, a replica Viking longship. Jackson holds a bachelors degree in industrial design and spent time in the Peace Corps, based in Micronesia.

Your ticket for the: Staff and Crew